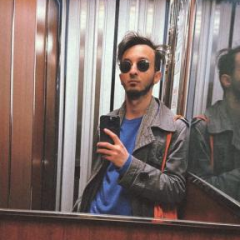 I’m Silvano and this is my personal site.

I’m a Software Developer that enjoys working on different platforms and technologies, but most of my time is spent writing desktop or mobile applications with Qt, a C++ framework. I also worked on some web applications in Django and used Python to write the occasional script to automate some boring menial task when necessary. Mostly for personal projects I’ve also worked with the frontend stack throughout the years. I’m never scared to tackle a new task using unknown languages or technology, in fact it’s something that I aim for since I believe it’s the best way to learn something new.

On my own time I like to contribute to Open Source projects, either those already existing or by creating new ones.

Throughout the years I’ve also enjoyed photography, starting out digitally and then moving to analog, shooting and developing my own black and white films.

If you want to reach out you can find me on several places: